Was reading Pritish Nandy's latest article on media's obsessive coverage of the IPL sopt-fixing/betting saga. Mr. Nandy comments on how the media is obsessed with the murky dealings in the IPL while ignoring other more serious issues. Well I agree that our media does tend to go over-the-top in its coverage. But that is only till the moment the next issue arrives. And then the focus moves on to the new show in town. Never does it take any issue to its closure. And the "truth" rarely come out

Our over-the-top breaking news media follows up "stories" trying to uncover the "truth".  The "Nation demands to know" - thunders the news anchor. But what exactly is the truth we are talking about.

To me, any event which has happened has four different versions (at least)
And because of the first three, the fourth one generally goes missing.

So, to the so-called seekers of the "truth", this is what I would have to say

"You want the truth. You can't handle the truth" - Jack Nicholson,as Col. Nathan R Jessup, A Few Good Men.
Posted by Nishant at 11:53 AM 1 comment: 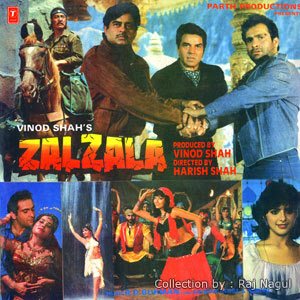 Preamble
(a) I am hibernating on Sundays.
(b) I am boycotting watching IPL since the spot-fixing scandal emerged.
Given above conditions, landed on Shara One (yes I shocked myself) while channel-surfing. And found a movie just starting which I ended up watching from beginning to end.

Basic Premise
A secret and ancient Shiv temple made entirely of gold and whose path is known to only one person. And there are many villains after the treasures. And there are good guys after the bad guys. All these combining to form a recipe for a typical 80s Bollywood masala pot-boiler.

Movie Notes
Rating - 5/10, Avoid watching unless you have nothing better to do.

Everyone is on a journey, and its going on and on since birth. Every birthday marks the completion of one and start of the next one. The journey around the Sun.  ﻿

And its not a short trip by any standards. The approximate distance travelled during one complete revolution around the Sun is 940 Million km. A number which is entirely unfathomable by human travel standards. Add to this the daily rotation of the Earth. For someone living in Mumbai (latitude ~19 degN) that would be around 37,850 km/day which makes it nearly 14 Million kms per year. So in all, roughly something like 950 million km/year.  Not a small number by any measure. And in comparison to these numbers the "actual" travel is totally insignificant.

We do not even realise how much we have travelled. And yet we constantly complain about the daily commute to work (some 25 km round trip for me), the ever growing distances, living further apart from the near & dear ones. Guess everything is just relative and has to be seen in its own perspective.

Just some things to ponder upon.

P.S. For some other fun and nerdy details refer this wiki page on Earth's Orbit.
P.P.S The numbers are not exact and have been put for a sense of perspective.
Posted by Nishant at 2:37 PM No comments: