The Year MMXVI A.D. draws to a close. There is something about this change of calendars which gives a reason to hope. However dark the days may be (or surreal as they are), there is always a sense of optimism for the coming year. But before we step into the new year, it is always worthwhile to step back and take a moment to reflect on the year gone by.

Twenty16, how would I look back at you? Certainly with a sense of achievement. Yes there were ups and downs but the ups were higher, and more fulfilling. It is always better to have goals to achieve and overcoming challenges step by step rather than aimlessly running along. Also why I like Candy Crush more than Temple Run :).

So, the things which will stay in memory from 2016.
So onwards to 2017. Looking forward to gaining new experiences, learning more, reading more and most importantly staying happy and healthy.

Wishing all readers a happy and prosperous new year 2017!!!
Posted by Nishant at 1:33 PM No comments:

Email ThisBlogThis!Share to TwitterShare to FacebookShare to Pinterest
Labels: Me

Surreal – That’s the word of the year 2016 as per Merriam-Webster. And the year 2016 gone by was certainly a surreal experience. As the year draws to a close, here’s a short list of the surreal events which made the year memorable (or forgettable, depending on your point of view).

1. The Demonetization Exercise
On November 8th, the Prime Minister announced that 500 and 1000 rupees notes will cease to be legal tender. And as expected all hell broke loose. Suddenly people had money but were unable to use it. Withdrawing your own money became a big chore (with successful completion becoming a tremendous achievement). Depending on your political affiliations, the exercise was either just a minor inconvenience on the path to greater good or a monumental disaster taking the country on a path to hell. Only time will tell whether the objectives (whatever they may be, given the shifting goal-posts) are achieved. But it has had the unintended consequence of creating too many economists in the country, while queuing up in banks and ATMs became a national hobby.

2. Immunity to Terror Acts
The surreal nature of 2016 can be best explained by the way the world grew to terror attacks and wars all over the planet. Nice, Munich, Kabul, Baghdad, London, Paris, Florida, Aleppo, Brussels, Istanbul, Ankara, the list is endless. The network of terror spread its tentacles across the world with lone wolf attacks becoming a norm. Malls, Festivals, Public transport, Night clubs, airports, markets - every place is now a potential attack site. And instead of taking action, those in charge are milking every attack for their own political agenda. One can only either take action to destroy the terror machine or wait till one's luck runs out.

3. Donald Trump
Donald Trump is going to be the next President of United States of America! Its been a couple of months since the election results and yet this one has still not sunk in. Wonder what would happen when this maverick force of nature actually assumes office. Probably just added to the overall surrealism.

4. Psephology – the flawed science
One profession which lost credibility the most during 2016. Brexit, Trump’s bandwagon, Colombia’s rejection of a peace deal – just proved that predicting the mood of the masses is a complex task. Beware the silent masses!

5. Sonam Gupta Bewafa Hai
Some are born famous, some achieve fame and some have fame thrust upon them. As the Sonam Guptas of this world learnt this year. 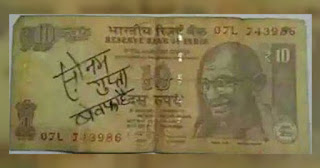 Collateral damage from the notes ban. Social media picked up on a line written on notes (a habit which should be stopped), generating countless memes.

6. A tale of two pictures
Like every year, there would be many contenders but this time I will pick up one from the sporting arena.
Pic 1: Australian Open 2016 Final Presentation Ceremony – just look at Murray’s expression after finishing second best to Djokovic once again. 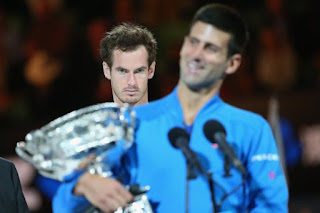 Pic 2: But a year is a long time and Murray picked up pace as Djokovic faltered at the end to become the world number one. Another presentation ceremony, but Murray is now the Champion as an appreciative Djokovic looks on. 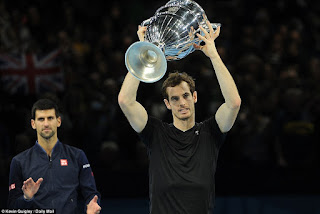 7. New exercise of the year
People moving around focused on their smartphones is now a common sight. But it was surreal (yes that word again) to see people staring at their phones in a desperate attempt to catch those pesky little pokemons which they could see only through their phone cameras. Adults falling into the trap of being guided by an app on their phone to capture virtual animals? 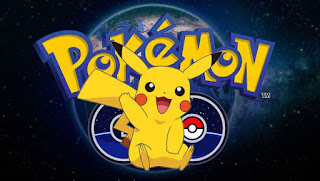 8. The Zika Virus
The Olympics were the biggest event of the year. The build-up to the Olympics was marked by the fears over the Zika virus. Many advisories were issued. Some star atheletes decided to withdraw as well. The Olympics still happened (as they should have). Surprisingly (or maybe not), there was no Zika epidemic during the Games and certainly none afterwards. Was it just a first world media conspiracy?

9. The Mannequin Challenge
Real people staying still and frozen in mid-action a la mannequins while a camera moved around them capturing the moment without movement. Even the White House was not spared. GOK what new challenge will come up next year.

10. And the viral video of the Year

Certainly a surreal year in more ways than one. Lets see what 2017 has in store for us.

Ring-a-round of rosies
Pocket full of posies
Ashes! Ashes!
We all fall down!

All of us have played that kindergarten game where the kids move around in circles joining hands, singing and falling down with the last line. [Video]

When I was young, and not sure about the exact words, would still sing along making up words. So ring-a-round became ringa ringa, rosies turned to roses, posies transformed to poses and as for the third line, it was just random mumbo-jumbo, which we could never figure out.

Now was reading Dan Brown’s Inferno, where the same song was referenced. One theory (which Dan Brown subscribes to) says that this song was about the Great Plague of 1665 in London. Apparently a "ring around the rosie" referred to the pustules which developed on the skin indicating a plague infection. Posies were flowers carried in the pockets to counter the stench of plague. Victims generally just fell down and died and finally were cremated in a bid to destroy the plague (turning into ashes).

While an interesting theory, it is subject to speculation of being just an urban legend. However, how such a lyric became a children’s play song is certainly beyond my comprehension. Children falling down to enact plague victims’ deaths is quite a dark representation!

Further research on the subject led to snopes.com. They categorically say that this seems a revisionist version of history. There are many versions of the poem with different lines (also explains why I never got the exact words at the time). While the song has been around for centuries, documentary evidence linking it to plague starts appearing only in the middle of the twentieth century. Certainly seems more a case of a theory being fitted to a fact and then the believers taking it up. Dan Brown certainly is known for using lots of symbology in his works all of which are open to interpretation based on your willingness to believe in them.

Overall, the origins are unknown with speculations ranging from simple play-song to church banning dancing to plague. Take your pick.

More Readings
Previously on LearnNBlog: Repechage
Posted by Nishant at 4:21 PM No comments:

Summary
Young Mr. Lockwood rents a cottage in remote countryside where his nearest neighbour is his landlord Mr. Heathcliff who lives in Wuthering Heights. He in very intrigued by the occupants of Wuthering Heights. His housekeeper at Thrusscross Grange, Mrs Ellen Dean then narrates to him the history of the place.

How Mr. Earnshaw brought in an orphan boy Heathcliff into his home and raises him with his children Hindley and Catherine. As they grow up Heathcliff falls in love with Catherine but is detested by Hindley. With time Heathcliff through his schemes and charms manages to take ownership of both Wuthering Heights and  Thrusscross Grange. In the meantime, all his peers die while all remain are the younger children who are all victims of Heathcliff's revenge.

The book ends with the death of Heathcliff and the later generation living happily.

BookMarks
In my opinion, it is quite a dark and depressing tale of unrequited love. The lead character is the key villain of the piece and how is revenge seeking wrecks havoc on all those around him, including the one he loves.

But the one bright spot in this sad tale is in the end we have some signs of normalcy returning to the messed up lives of the survivors.

We have two narrators in the story - the main narrator Mr. Lockwood and the secondary narrator Mrs. Dean who. retells the story to Lockwood.

Previously on BookMarks: Treasure Island
Posted by Nishant at 9:12 PM No comments: