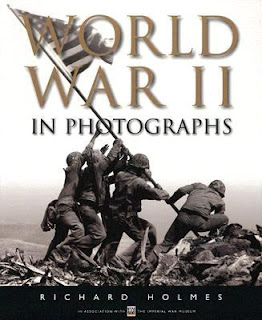 It is often said that a picture speaks a thousand words. This book is a compilation of the major incidents of the Second World War through the photographs taken during the war. The book is divided into seven chapters with each chapter representing one year of the war from 1939 to 1945. The chapters begin with a short depiction of the key events of the year which is then followed by a series of photographs from those events.

The photographs depict a vast range of subjects. Some depict bravery like shots of men fighting in the battlefields with different kinds of weaponry at their disposal and Men and women trying to protect their homes from the attackers. Others depict the backstage actors, who are sitting far removed from the battle-fields while directing the operations - the various leaders across the world trying to get a grip on the situation including some candid behind the scenes shots. Some depict victory and triumph and surrender.And finally there are the ones showing the price we pay for war depicting the devastation caused by the war. The photographs are from all over the world giving an idea of how widespread the fighting was going on.

Previously on BookMarks - The Jungle Book
Posted by Nishant at 5:03 PM No comments: 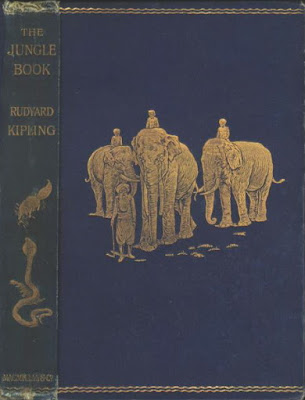 Like most of my generation, I was introduced to the story of the Jungle Book, through the animated series which came on TV in the early 90s. The adventures of Mowgli and his friends were a staple ingredient of Sunday morning TV viewing. Now all these years I had thought of reading up the novel yet never got down to doing so till now. And then came a surprise for me as “The Jungle Book” turned out to be not one novel but a collection of short stories. Mowgli’s adventures comprise only three of the tales while the others narrate different wildlife tales.

The book comprises of seven short stories
The stories are all set in late 19th century British India with the exception of the White Seal. The stories mostly depict anthramorphised animals with humans often being the secondary characters. The tales are also intended to be a good moral lesson for all.

Previous appearances of Kipling on NishantzWorld – Bombay & If
Posted by Nishant at 4:49 PM 1 comment: 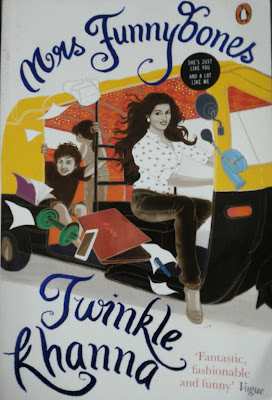 “Mrs Funnybones” is a collection of columns by the movie-star turned columnist Twinkle Khanna.

There are in all 26 articles, indexed A to Z each comprising of anecdotes from the writer’s life, sometimes tail-ended with a little life lesson. The inter-connecting theme being the writer’s own life revolving around her family and her work. And while the writer herself is a film-star and belongs to a family of film-stars there are no Bollywood “inside” stories.

The columns are quite witty and the reader rushes through them at quite a rapid pace. The book reads like a series of blog posts (which it really is). However what I liked the most is the end of the article commentary. It’s not just the events but what you can take out from them that makes life what it it mostly enjoyable and sometimes just bearable.

Overall it made for a thoroughly enjoyable, light reading. And my biggest learning – the word “illeism” i.e. the act of referring to oneself in the third person.

P.S. The book's style of presenting a slightly fictionalized version of oneself reminded me of my own feeble attempts some years back (link)
Posted by Nishant at 2:36 PM No comments: 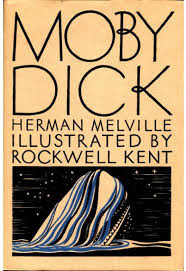 
Thus begins this tome narrating a tale from the mid-19th century whaling industry. The story follows Ishmael, who joins a whaling ship Pequod. The Pequod is led by the mysterious Captain Ahab who is fixated on hunting down Moby Dick, the big white whale, which had been the cause of Ahab losing one leg in a previous expedition. It’s a chase around the globe till the Pequod finally meets Moby Dick, an encounter with tragic consequences to the ship.

The story flows like a whaleship journey (average one taking around 3-4 years). The reader moves along with Ishmael as he goes to Nantucket in search of a job aboard a whaling ship. We learn through him the different aspects of the whaling industry. He makes a new friend, Queequeg and together they are recruited aboard the Pequod which is due to set sail for its three year journey in hunting sperm whales for their oil. Once the voyage has commenced, we meet the ship’s captain Ahab. Here the narrative shifts from Ishmael to Ahab with Ishmael's character retreating to the background. Ahab is interested in only one whale, Moby Dick. For him collecting sperm oil is just a collateral business. His monomania affects the crew, some of whom are reluctant and fearful of him, but they still follow his orders. Finally after a long journey cutting across the oceans, Ahab gets his wish. He finds Moby Dick and gives chase for three days but the whale not only eludes his capture but finally destroys the Pequod. All the Pequod’s crew except for our narrator Ishmael are killed.

The narrative moves at a leisurely pace with the title character being first mentioned only in chapter 36. More than a story it’s a treatise on the whaling industry. The writer often diverting into the details with the hunt for Moby Dick being almost incidental to his treatise. The reader learns a lot about the whaling industry of the mid-19th century e.g. the whaling towns, the hierarchy in the whaling ship and the salary structure, the multi-racial nature of the crew and their various roles on board the ship, the ownership of the oil from the whale etc. The book provides a comprehensive description of different types of whales (as per the prevalent understanding of the time e.g. the whale is a fish with horizontal fin), their physical structure, details of the harpoons used in the hunt, and how a whale is hunted, the process of collecting the whale oil, the uses of sperm oil, even the potential impact of such widespread hunting on the whale population.

The author worships the sperm whale, in his opinion the most magnificent creature on earth. He provides lots of references to myths and religion. There are section with interpretations of various religious works to suit his philosophy of the whale, including stories from Bible and Hinduism (referred to as Shasters). Moby Dick is a scholarly work dealing with everything from mythology to evolution to classification to the commercial exploitation of sperm whales.

The book also provides a glimpse of the life in mid-19th century. Also shows how much political correctness has come into today’s writing and life in general. I don’t think calling a person a cannibal would be appropriate in present time, although may have been completely apt for that period. Or telling an African-American crew member that he would be sold for less than the price of sperm oil.

In short, Moby Dick is the story of one man’s monomaniacal obsession for vengeance leading to his ultimate doom while simultaneously providing a comprehensive discourse on the subject of whales and the whaling industry.

Previously on BookMarks - More Salt Than Pepper
Posted by Nishant at 12:40 PM No comments: