BookMarks #21: One Hundred Years of Solitude 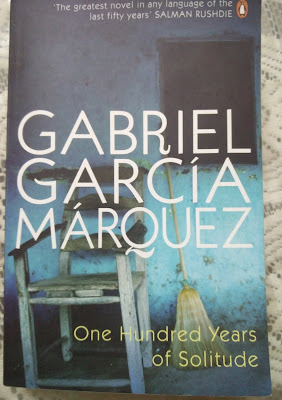 BookMarks
The novel belongs to the genre of "magic realism". A phrase which I first encountered in the TV series Narcos. Not surprising given that Narcos is based in Colombia and Macondo has been interpreted as a metaphor for Colombia. So we see sudden unexplained actions during everyday activities which can only be interpreted as divine or magical. So sudden appearances which defy logic are interspersed in the tale of a normal (or rather not so normal) everyday life.

Hundred years is a long time. And as the narrative unfolds, newer and newer elements get added into the scenery. Where we began with only transport means as walking and horses, we end up with stories about aeroplanes and big ships. All the new elements add to the mysticism of the story as it is quite difficult to keep pace with the changes happening at times.

The number of Aurelianos and Jose Arcadios across the family tree cutting across the generations of the Beundia family , and almost all of them growing up under the watchful eyes of the matriarch Ursula, makes it even more difficult to keep track of the events at different times. Their shared characteristics and at times similar actions add to the confusion of the reader, while at times giving an illusion of the circular nature of existence.

Overall, the book is not an easy read, with characters with similar names and incidents popping across generations making it difficult to keep track. And the story moves in jumps, sometimes covering years in the space of pages. There is hardly any conversation. There is a lot of action happening but the reader does not see it unfold directly. All the action is told through second hand information. The city lives through multiple civil wars and political changes, attacks of plagues and diseases, founding of a new train route, arrival of gringos who setup banana business, all the action happens offline. We hardly witness these upfront.

Melquiades is another intriguing character who appears from the beginning of the story. He is shown as a wandering gypsy, who has a heavy influence on Jose Arcadio Buendia. He leaves behind his workshop and a series of parchments in a mysterious script. After over a hundred years, the last of the Buendias  is able to decipher the script. And comes to the realization that the parchments have the story of the entire Buendia family and Macondo. And the story ends as he reaches the end, with Macondo vanishing again. Interestingly the parchments are written in Sanskrit!

Overall, a difficult read but an intriguing work of literature. One can do best not to be sucked into this magic realism!

Posted by Nishant at 1:36 PM No comments:

One of the perils of social media is the speed at which misinformation spreads with Whatsapp and Facebook being the prime messengers.

So its Valentine's Day with the usual lovey-dovey mesaages floating in the ether. However, this is also the time for "patriotic activists" to start taking potshots at the westernization and the degradation of the Indian morals. So they feel the need to counter it. Even these zealots are of different kinds.
Bhagat Singh was a young man who captivated an entire nation with his ideas and acts for liberating our nation. A man who sought freedom and equal rights for all. A man whose martyrdom is celebrated till date. And he was just 23 when he was hanged.

Therefore it makes one filled with anger, when I see lunatics tarnish his martyrdom by spreading misinformation. And these lunatics keep evolving. Till last year they said that Bhagat Singh, Sukhdev and Rajguru were hanged on 14th February. When this was found out, a new message was being spread that they were sentenced on 14th February. And the gullible masses lap it up in a rush of patriotism and become the agreeable messengers of misinformation, without once bothering to do a fact check. And this when everyone has access to the internet.

So here is the timeline to Bhagat Singh's martyrdom (historically verified)
So these are the key dates, with only one reference to the 14th February date and that had nothing to with the trial or the actual execution. So that begs the questions.
I rest my case.

P.S. Did learn some more things about this great person while doing my "research" for this post. Whether you agree to his methods, you have to admire the spirit of the young man. 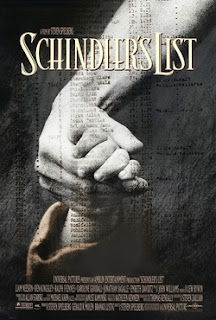 Basic Premise
It is the story of a German industrialist during World War II, who employed thousands of Jews in his factories in Krakow, thus preventing their deportation to concentration camps and saving their lives.

MovieNotes
Schindler's List is one of those rare movies which can shake you up to the core. It is an intense tale of survival in some of the most harrowing circumstances in human history. A story of how one man tried to fight the system in order to save other human beings, whose only crime was being born a different religion. It is also a reminder of the atrocities inflicted on one community by another under the banner of some cause.

The movie brings out the darkest horrors of holocaust. There is a sense of constant fear throughout this film. One can feel the fear of being caught, deported and even killed for just being of a different community. One scene depicts a whole group of women being put together inside a room. One can feel their fear as they look at the showers with  rising apprehension. Their sense of relief when water comes out of the showers and not gas is quite disturbing. And yet, you keep watching.

The horrors of war bring out varied reactions in different men. Some become beasts enjoying the unlimited power they have, some are plain greedy, making a profit out of war, some are just trying to survive, and then there were men like Oskar Schindler who saved others fully aware of the dangers they were putting themselves in.

The movie is almost entirely in black and white. A little girl's red coat is the only bit of colour which stands out as she makes an unsuccessful attempt to survive the massacre. The black and white frames add to the grim picture making one focus on the story with no distractions.

"The darkest places in hell are reserved for those who remain neutral during the times of moral crisis". Dante in the Divine Comedy.
The movie hits hard. Released over 20 years ago, its message is even more relevant in today's times. There are quite a few signs that the modern world could be heading towards a similar catastrophe again. Xenophobia and the rise of extremists across the world is happening again. And if we (yes all of us) do not act and resist, we could be soon heading for another round of mass atrocities across the world. And then the only ones to be blamed would be us the people who chose not to take a stand!

Schindler's List was released over twenty years ago. And it is only now that I finally to watch it. It was a grim and depressing watch. And I had quite a disturbed sleep after watching the movie.

Previously on MovieNotes - Jolly LLB 2
Posted by Nishant at 10:25 PM No comments: 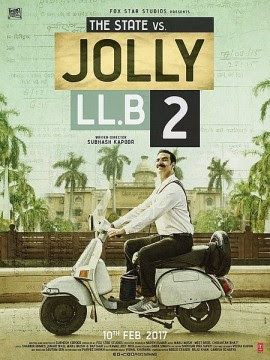 Preamble
Over the past few years, Bollywood has begun producing sequels which have nothing to do with the original except for the name. So is the case with Jolly LLB 2, except for one scene which references the lawyer Jolly from the original and a couple of characters which continue.

Basic Premise
A good-for-nothing lawyer takes on a big case after being tormented by the death of a person he had duped. And in the process encounters the quirks of the judicial system and police, while also referencing terrorism and fake encounters.

MovieNotes
The Highs
Like the original Jolly LLB, this one works because of its collection of memorable characters who gel well together. Stand-out being the Judge (once again portrayed brilliantly by Saurabh Shukla), one of the two characters who continues from the first movie. The other being Sanjay Mishra's havaldar who has now retired but still very much in the know of things.

Like Jolly LLB, this one portrays the harsher realities of the legal system than the usual courtroom drama that had become the norm. Nothing is more meta-humour than a movie about lawyers talking about how lawyers are portrayed in movies (Reference Sunny Deol and his tareekh pe tareek portrayal).

The subtle humor e.g. the judge speaking on the mobile right in front of a a sign saying no mobiles phones allowed in his court.

The Not-Highs
There is one song in the movie and that too should have been dropped. Its time to move out of the song-and-dance routine fast.

The story is unconvincing in the second half. That's what happens when you replace Arshad Warsi with Akshay Kumar as the lead lawyer. Have to throw in a few action scenes.

Previously on MovieNotes - Raees
Posted by Nishant at 1:08 PM No comments: