27 January, 2008
Watched the Australian Open Men's Singles final betweer Novak Djokovic and Jo-Wilfred Tsonga. It was one of the more entertaining grand slam finals with the two players playing with aggresion for the ultimate glory. In the end the "Djoker" prevailed over the Frenchman Tsonga and became the first Serb to win a Grand Slam singles title. The result was good for tennis breaking the monotony of Federer winns.
However this post is not about tennis. Seeing the players' names on the screens, a thought crossed my mind. Why does Djokovic begin with a silent "D" and Tsonga with a silent "T". Why are there silent letters in the English dictionary at all. I mean if one does not pronounce these letters why have them in the spelling. I remember spelling knife as nif when I was small because I wrote it the way it sounded. And who was the persom who introduced this concept of silent letters. Must have been a real sadist to have deviced a way to torture generations of people with this crazy idea.
Then maybe this idiosyncracies give the language its appeal. After all, Amitabh Bachhan did once deliver the famous line "English is a very funny lamguage".
Posted by Nishant at 12:39 AM 1 comment:

Maybe I have been watching too much X-Files lately (finsihed the second season now) but this news seems interesting. Mars explorer Spirit has supposedly taken picture of what looks like something resembling a human form on Mars.
Here's a look at the pictures

So is this real or just another hoax?
P.S. - The figure is claimed to be that of a woman but weren't men supposed to be from Mars and women from Venus?
Posted by Nishant at 8:24 PM No comments: 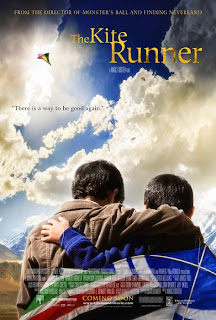 Saw the movie today. One of the most moving films which I have seen in the recent times. It tells the story of Amir, a storyteller, and his kite runner and friend and half brother, Hassan. Its also the story of the rapid degenearation of Afghanistan through the eyes of Amir. Afghanistan, a beautiful and happy country in 1976 (when the film begins), is ruined by the Soviet invasion and Amir escapes to USA with his father. However, he comes back in 2000 and sees a strange land completely savaged by the Taliban rule.
The narrative is compelling. One feels for the protagonists and feels sad on seeing the vents which had happened. The move is mostly in the local languages Dari & Pashtu with English subtitles. However there are a few disturbing scenes in the film regarding child abuse.
It has the simple message "There is a way to be good again" and says not all is lost ever
Posted by Nishant at 2:11 AM No comments:

To anyone & everyone who reads this blog....
Wishing You A Very Happy & Prosperous 2008 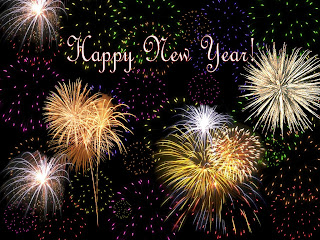 Posted by Nishant at 2:39 AM No comments: