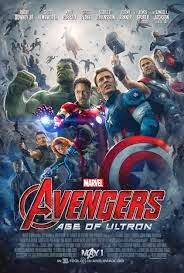 
Superheroes have teamed up to save the world. Some of them accidentally create a monster whose idea of saving the world is to destroy the people living on it. Superheroes successfully defend humankind and destroy this monster.

In the process also linking up stories for the further development of the “cinematic universe”.

The Theory of Movie Evolution - Once upon a time, stand-alone movies used to be made, then came the sequels and prequels which evolved into movie franchisees and now as a final logical step in the evolutionary chain, they have started linking together and transforming into cinematic universes.

Marvel started an ambitious project of recreating their comic book universe into a movie universe. Iron Man, Hulk, Captain America and Thor came together with SHIELD, Black Widow and Hawkeye to form the Avengers. The highly successful assembly of superheroes led to bringing in more superheroes and super-villains, creating inter-connecting plots, cross-referencing characters and events, planting Easter eggs across movies and has culminated in creating a larger than ever assembly. Only they are not going to stop as plans are afoot to bring in more and more characters into the Avengers group. Am not sure till how long the audiences would be able to keep pace with the ever expanding storylines.

Before I digress any further, back to the Age of Ultron [Aside - But they never reveal Ultron’s Age]

The film starts by throwing you into a fast paced, action packed sequence with all the Avengers playing their parts in their mission. The beginning itself feels like a good climatic scene. Only it is just a precursor to more action coming your way for the next two hours.

Key Message: People in highly critical roles should not try to abdicate responsibility. Otherwise even their best intentions might end up creating an Ultron-like monster. Also, the human mind is its own worst enemy.

Favorite Character Arc: I liked the development of the Hawkeye story. The character without any real superpowers and fights with bow and arrows against robots and software. (The irony of which is pointed out by Hawkeye himself).

Learning: How do you control the Hulk? (a) try to hammer sense into him, or (b) sing him a lullaby (an approach previously used in King Kong).

Favorite Line: “He is fast, She is Weird”. A very succinct description of the Twins; who for commercial reasons are referred to as “Enhanced” and not “Mutants” (because mutants are in X-Men movies, whose rights are held by a different studio)

Favorite Scene – The Avengers trying their hand at lifting Mjolnir and the look on Thor’s face when the hammer seemed to move when Captain America tries to lift it.

Nice to see Andy Serkis play a human character, although in a very brief role.

Some of the actors seem to be wanting to retire their characters out in this over-stretched out universe. But whether they continue or not, the Show will go on.

Rating – 7/10. This cinematic universe has become over-spread out and is becoming unmanageable for audiences. But good action interspersed with witty one-liners manage to keep the interest going on for the next installment.

Previously on MovieNotes – Furious 7
Posted by Nishant at 12:18 PM No comments: 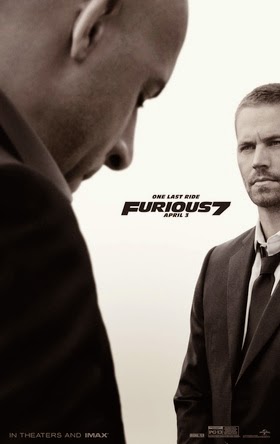 Basic Premise
Former bad guys (with hearts of gold) are now working in close collaboration with the law enforcers in order to prevent the true bad guys from getting their hands on a piece of software which can put its eye on anyone, anywhere, anytime while simultaneously trying to save their "family" from becoming victims of a villain intent on revenge.
[Spoilers Ahead]

MovieNotes
The 7th movie in a surprisingly successful action franchise which has evolved over time from car chases to heists to fighting terrorists.

The plot-line is full of holes. But the well-executed, fast paced action sequences (e.g. a car jumping across multiple building towers, parachuting cars down from an airplane, cars banging head-on etc), jumping across continents, with little nuggets of humor, never lets you have the time to think about the multiple plot-holes.

There are too many characters, some new, others cutting in from the older installments. Sometimes they just disappear for a while and then suddenly reappear (specially Statham) from nowhere. The likes of Statham, Dwayne Johnson, Hounsou do not really get enough screen time.

Implausible Scene: Statham fighting Rock in a one to one fight? I know, Statham is a former international diver (video) but him beating Rock?

Its all about the family - a theme which binds both the heroes and the villains. Dominic Toretto emphasizes family bonds in a way that would leave our Johars & Barjatyas to shame.

Bollywoodish Plotline: A lead character getting her memory back on being confronted with a tragic sight.

India Connect: Ali Fazal is in a small cameo role which is totally weird, implausible and funny at the same time. However, it is much, much better than Anil Kapoor's "hot Indian" cameo in MI:4

During the entire course of the movie, the thought of the real life tragedy of Paul Walker was ever present at the back of the mind. Every screen moment of him was a reminder of the tragedy even though no direct or indirect reference was made. The end sequence was probably the best on-screen tribute given to an actor ever. The characters talk about his passing on without mentioning his passing away. A sequence done most beautifully, it certainly left many in the audience teary-eyed.

Where does the franchise head from here. Will there be an 8th episode? Will the cast continue?  Or will they move on? They certainly have enough material and a loyal star-cast to continue this franchise for a long time but will they want to continue?

Rating: 8/10. Action packed with plot-holes. But all ignored in the light of the ending tribute scene.

Previously on MovieNotes: The Interview

P.S. Most of the notes seem same as the ones for Fast & Furious 6
Posted by Nishant at 3:10 PM No comments: