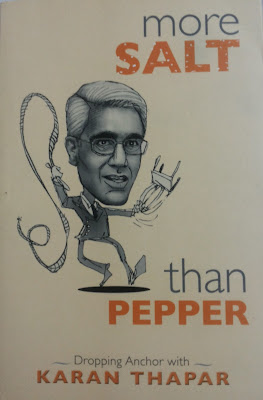 “More Salt Than Pepper” is a selection of columns written by Karan Thapar for the Hindustan Times over a period of eleven years.

The book is divided into multiple sections, with each section clubbing up four to six articles.The articles are short (each comprising of 3-4 pages), with each having its own theme. But what a wide variety of themes do they cover – there are nuggets from the author’s own life, ranging from his school days to his anchoring work, his places of work and visits, the various personalities he has interviewed, a few “inside stories” of the everyday life in the high-flying circles, even about the proper usage of the English language and many more.

“More Salt Than Pepper” reads more like a blog (with lots of posts) than a book. Reading it provides quite a few insights into the author’s personality and the factors shaping them. One also learns that there is much more to a person than the image he/she have put on for the public consumption.

The book is quite engaging although some articles have become dated as the reader has a benefit of hindsight into some of the “contemporary” events. It just shows how time shapes up our perspectives.

And to me the biggest learning in the proper use of the suffix Mrs. & Ms. In reference to ladies.

Previously on BookMarks – The Hobbit & The Lord of the Rings
Posted by Nishant at 6:20 PM No comments: 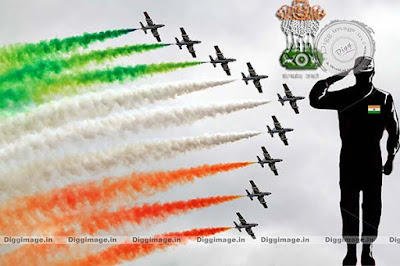 15th August, Independence day – that time of the year when the President makes speech on its eve, the Prime Minister addresses the nation from the Red Fort and yours truly posts a blog about the state of affairs of the country, a tradition which has now entered its 9th edition. (Here is the 2014 edition)

How is the nation doing as a whole? My hypothesis is that the Brownian theory of motion applies to the nation as well. We see one incident, we outrage till another event takes its place and then we outrage about that. Aiding this chain of outrages is the knee-jerk actions of the people in-charge.

While the Government is busy with bans and post-ban activities, the Prime Minister has been on a whirlwind world tour and giving speeches and doing yoga and creating slogans and taking selfies. All these efforts, of course being made, for bringing the promised acche din. Meanwhile the Opposition leader holidayed, then got recharged and suddenly started speaking. The Congress is hell-bent on opposing the very same bills it had proposed which the BJP had opposed during its stint in the Opposition but is now trying to get passed. These parties seem to be taking the word “Opposition” too literally. As the President said in his address to the nation, Parliament is becoming an arena of combat rather than a place of debate.

History has always been a winners' tale. Only issue now, in the age of internet, nobody knows what actually may have happened with many claims and an equal number of counter-claims for each historic/mythical leader/event/fact/action/non-action etc. And gullible social media encourages widespread circulation of such nonsense (e.g. INDIA being derived from Independent Nation Declared in August (Quora link). By this logic why wasn’t Pakistan named as such?). Unless you are deliberately hate-mongering why can’t one just do a simple google check before sharing anything on social media.

In the past one year, we have a new Nobel prize winner, Kailash Satyarthi. While we praise his noble work, we should make efforts that such work is not needed in the first place.

On the sporting front, the Saina-Sania conundrum continues with both having become numero uno in their respective fields of play. Indian sports have been in news more for the power games being played off field than the ones on the field of play. True for cricket, football, hockey, boxing. Only Kabaddi has come into prominence in a positive light with the advent of the ProKabaddi League. With a year to go for the Rio Olympics certainly need to sort out the mess or all progress from London may get lost.

But enough of all the negativity. These are times of opportunity. With depressed crude prices and global slowdown, if the government acts (and it can certainly act when it wants to), we can certainly hope for good times (sorry achhe din) ahead.

Happy Birthday India!!!
Posted by Nishant at 8:47 PM No comments: 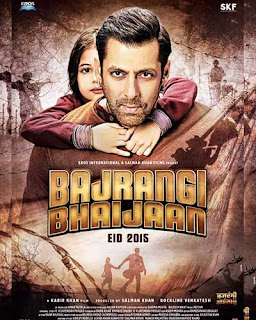 Basic Premise
An Indian man trying to help a little mute girl from Pakistan who was accidentally left behind in India, without any documents, and taking her back to her parents.

MovieNotes
What Works
What Doesn’t
MovieNotes
Rating – 7/10. It’s a surprisingly well made movie with lots of funny interludes.

Previously on MovieNotes - Inside Out
Posted by Nishant at 3:18 PM No comments: 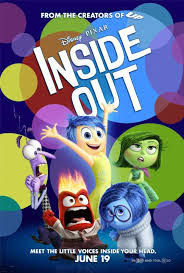 
The story is of the five basic emotions – joy, sadness, anger, fear & disgust – inside the mind of a young girl who has just shifted from Minnesota to San Francisco and how this change is impacting her behavior.

The movie is a great lesson in the field of human behaviour and psychology capturing the five basic emotions and illustrating how they control our actions. The story depicts how the human brain is constantly evolving and learning with each new experience. And sometimes big changes in our environment (like changing a location) may produce tectonic shifts to our behaviour structure. Also memories fade with time and may be wiped out but sometimes they suddenly jump up back into the subconscious.

Without sadness, there can’t be joy. And even our saddest events may produce the happiest memories.

I liked the depiction of minion (yes them again) like creatures constantly working in our brain, removing fading memories, popping out random memories, making dreams etc.

And yes, clowns are scary.

Rating – 8/10. For capturing the basic human emotions so perfectly.

Previously on MovieNotes - Bahubali: The Beginning
Posted by Nishant at 12:54 PM No comments:

Email ThisBlogThis!Share to TwitterShare to FacebookShare to Pinterest
Labels: Inside Out, MovieNotes, Movies, Pixar, Review

BookMarks #3 - The Hobbit & The Lord of the Rings

Titles: The Hobbit & The Lord of the Rings 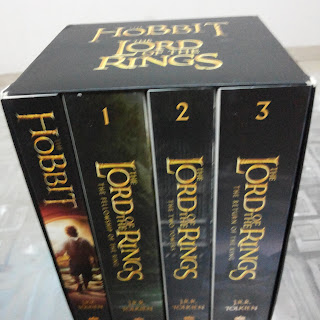 This BookMark covers four books comprising of two distinct storylines. After all these are essentially part of a single Tolkien universe (and came in one box set).

Peter Jackson’s magnum opus Lord of the Rings movie trilogy brought to life Tolkien’s characters at the beginning of the millennium. For people like me who hadn’t read the books it was the sheer spectacle which caught the attention. Once the movies had been seen, the books simply had to be read, because it’s my belief that a movie can never do complete justice to a book. A movie can create a spectacular visual landscape but the finer details only emerge from the written words.

The Hobbit, Or There And Back Again
The Hobbit is a tale of a hobbit named Bilbo Baggins who led a quiet and peaceful life in the Shire. However the wizard, Gandalf manages to trick him (in a way) into joining a group of dwarves in an expedition to retrieve their lost treasures which is under the guard of Smaug the dragon. Along the way, they have many adventures, frequently landing into trouble, yet managing to get out of it through a mixture of bravery, luck and some timely help. The party finally achieves its objectives and Bilbo returns to the Shire with a share of the reward. In the course of the journey, unknown to others, Bilbo acquires Gollum’s ring, which has the power of making the wearer invisible. Thus setting up the events in the Lord of the Rings

The Lord of the Rings [comprising of 3 books - (a) The Fellowship of the Ring, (b) The Two Towers & (c) The Return of the King]

Ash nazg durbatulûk, ash nazg gimbatul,
Ash nazg thrakatulûk agh burzum-ishi krimpatul
One ring to rule them all, one ring to find them, One ring to bring them all and in the darkness bind them.

The story is set a few years after the adventures narrated in “The Hobbit”. The ring acquired by Bilbo is more trouble than it seems. Gandalf deduces that it is the "One Ring" and needs to be destroyed before it ends up into the hands of the Dark Lord Sauron, its true master which would spell complete doom for all.

Bilbo is getting older and the ring is now beginning to show its true evil powers on him. Finally persuaded by Gandalf, he leaves the Shire leaving his possessions including the Ring to his nephew Frodo. Frodo, convinced by Gandalf, decides to take the Ring out of the Shire and is accompanied in his mission by his friends Sam, Merry and Pippin. On the road, the quartet meet up with Aragorn. They are constantly under attack but manage to escape with the aid of Elrond. Elrond forms a great council which advises the destruction of the Ring by carrying it to Mount Doom. Frodo volunteers to be the ring-bearer. A Fellowship comprising of his fellow hobbits, Gandalf, Aragorn and representatives of dwarfs, elves and men is formed to accompany and assist in Frodo’s mission. During the journey, they face one peril after another till the Fellowship gets broken up. Frodo and Sam, separated from the others, manage to capture Gollum and use him as a guide for the journey to Mount Doom. The others are involved in multiple battles against the forces of Saruman and Sauron. Many a great battle is fought leading to losses on both sides. They notch up many victories, assisted mainly by the timely arrival of aid in multiple forms (including armies of trees, ghosts etc.) finally culminating in the coronation of Aragorn as the rightful king. Meanwhile, Frodo, Sam and Gollum, reach Mount Doom. Frodo is overcome by the Ring’s powers but Gollum snatches up his “precious” ring and accidentally falls into the fire in Mount Doom, destroying the ring and alongwith it Sauron as well.

Both stories are set in the same Tolkien universe and one follows the other, with the major events flowing in the same pattern, yet they have one essential difference. LOTR is much darker in theme than the Hobbit. While The Hobbit is directed more towards children, the LOTR targets a mature audience. Compared to Hobbit, LOTR is a tad difficult to read and also is more complex in its scale. And of course the biggest difference - the titular character in Hobbit is the hero whereas the one in LOTR is chief villain of the tale.

At the end of the tale is a collection of Annexures. And reading through them I was awestruck by the richness of Tolkien’s craft. The richness of the detail are mind boggling – there are maps, there are the detailed family tress spanning generations, and there is a chronology of each of the kingdoms from many hundreds of years prior to the main events. Then there are the different calendars, the languages, the scripts and even the pronunciations of each of the various clans and species of men, dwarves, hobbits and elves. And then there is the sheer variety of characters – Hobbits, Men, Wizards, Dwarfs, Orcs, Ents and even Gollum. It almost seems like Tolkien had access to a parallel universe and the tale of the rings is his narration of events of that realm.

Previously on BookMarks – Ten Days That Shook the World

P.S. Having written a post about the movies a few years back, I had got a comment asking me to read the books. Finally after eight years have gotten around to doing that.
Posted by Nishant at 4:23 PM No comments: