Elephanta Island - Caves & Rock Carvings. How to narrate the experience. So here goes a little account of the trip.

First - A 35 km taxi ride ending in verbal fight with the taxi driver. Reached Gateway of India
Second - An hour long steamer ride in the middle of the day. View of the  Mumbai coastline and oil tankers. Reached the island.
Third - A 5 minute ride on the toy train. Reached the steps of the cave.
Fourth - A 15 minute climb up the hill. The path shaded by various curio-shops and monkeys all around. Temperatures in the late 30's (degree C).
And finally reaching the cave and geting to see... 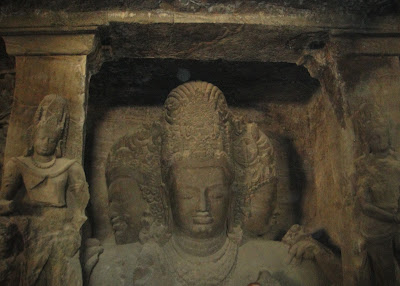 All the journey hardships forgotten. It had been worth everything. Some more pictures of the place.

And as a bonus on the way back as the sun went down, managing to click the Mumbai picture


Elephanta - a little removed from the world but certainly worth spending a day.
Posted by Nishant at 8:04 PM 3 comments: 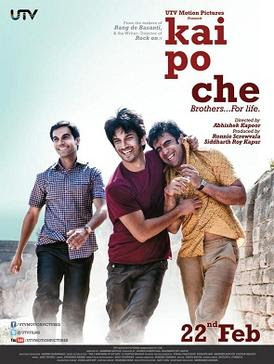 Background
I had my apprehensions before watching the film. After all, having already read "3 Mistakes of My Life" - the Chetan Bhagat novel on which this movie was based on, the doubts about watching the film were quite high. I generally enjoy Chetan Bhagat's works, but 3 Mistakes... was not a great effort by him. But good social media reviews provided the necessary motivation.

Basic Premise
Following the lives of three friends and how their friendship is affected by the goings-on in the world around them.

MovieNotes
The movie is better than the novel, much better. The deviations from the novel have helped the story quite a bit.

Highlights
An all-new star cast is used. And it does the job commendably. Even established "stars" wouldn't have made the film any better. All credit to the actors and the director for making a good film.

Great music and hummable songs. And I really like it when songs stay in the background and not the characters lip-syncing to them. Liked the use of the Sunita Rao number "Pari hoon main".

Negatives
Trying to pull in all details of a 200 odd page novel in 2 hours makes one forego some of the background story and character developments.

Random Notes
Cricket binds India like no other factor. And watching the VVS-Dravid partnership even in a cinema still gives the goosebumps. Probably the most important day in Indian cricketing history. The day which made one believe in miracles.

Coverage of the Gujarat riots has been a sensitive issue. This one just skimmed on the news aspect without going through any of the gory details and the aftermath.

P.S.  Watched the film in the historic Regal cinema hall. Winding staircases, Balcony, Dress Circle, the bell ringing to announce the start - single-screen theatre certainly have their own charm.

Previously on MovieNotes - Special 26
Posted by Nishant at 5:45 PM 1 comment: