Nothing is what it seems

From the moment we enter this live we are in the flow of it. We measure it and We mock it, but we cannot defy it. We cannot even speed it up or slow it down. Or can we? Have we not each experienced the sensation that a beautiful moment seemed to pass to quickly, and wished that we could make it linger? Or felt time slow on a dull day, and wished that we could speed things up a bit?
- Eisenham, The Illusionist (2006)
What is reality and what is illusion? Something which seems to be an illusion is actually a mirror of the real. Illusion can also be described as forced reality. Something which may not actually be there but which the mind is forced to see. Maybe I am not making much sense. I guess this could be attributed to the fact that I just watched the movie the Edward Norton starrer "The Illusionist". A movie which is based on a simple premise
Everything you have seen here has been an illusion
Posted by Nishant at 12:24 AM No comments:

One individual always has the answer to our problems
One individual is always there when called upon
No mortal can deter this individual
This person is You!
You can overcome any obstacle
You can overpower any enemy
You can solve any problem
You can bypass any restriction
You can break any barrier
You can conquer any battle
You can destroy any fortress
You can pass any test
You can surpass any master
You can exceed all expectations
You can win any game
You can create a masterpiece
You can make anything work
You can outsmart anybody
You can do the impossible
You can influence everyone around you
change the world forever
Nothing would be same without you because you
YOU ARE MIGHTY
These lines coming on screen one after the other provide a real good ego massage. Just replace the name in the url to make it personalized.
http://nishant.kumar.youaremighty.com/
Posted by Nishant at 5:56 PM No comments: 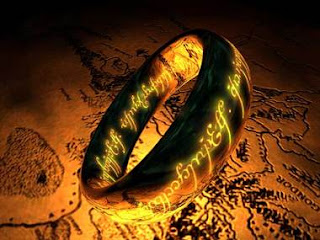 The day: January 6, 2007: Saturday
One of the rare days without any prior commitment or any work to be finished off in the immediate future and most importantly another day off following it. So to spend it decided to watch the trilogy "Lord of the Rings". I had been planning to watch the series for a long time but never got around to watch it. So there I was from eleven in the morning till two in the night in the world of Middle Earth (with a few breaks thrown in between). As all the three parts were in the extended version, total viewing duration came to be nearly 11 hours. For these eleven hours I was in a world of humans, hobbits, wizards, elves, orcs and God Only Knows what kind of creautres. I guess even I was under the power of the ring, watched by the eye of Sauron. It was a pretty enjoyable experience as I went alongwith The Fellowship to The Two Towers watching The King's Return.
At the end of this movie marathon I could understand why "Lord of the Rings" has so many fans. The entire series is simply stunning and brilliant. I too have become a member of the LOTR fan club.
Posted by Nishant at 7:00 PM 3 comments: