Trip to Patal Pani: A Day in My Life

This post starts the first series of posts in my blog "A Day in My Life". These postings will be about some interesting days in my life, some in the distant past and some in the not so distant past. 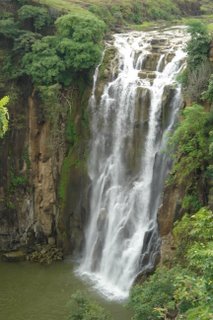 First, about Patal Pani. It is a waterfall located about 36 kms from the city of Indore. Water falls from a height of 150 feet into a kund (trench) whose depth is still unknown. It is believed that the bottom of this trench reaches patal, hence the name Patal Pani.

Now for my trip to Patal Pani. The day 27th August, 2006, a Sunday. The trip was arranged by the Cultural Committee (or CulCom as its known). Around 50 of us started off from our campus in four vehicles (am not sure whether to call them buses or vans, so let them be called vehicles only). We left at around noon and the plan was to have lunch at the spot itself. After taking the wrong route a couple of times, finally managed to reach the destination in around 2 hours.

On reaching the spot the initial reaction was actually disappointment. All I could see was two tiny streams joining together and falling down. Had I come all the way to see this, wasting an entire Sunday? As I came closer the reaction changed from that of disappointment to awe. The sight was simply breathtaking. Water falling from such a height and creating a mist.

Then we proceded to go to the base of the waterfall. To reach there first we had to find a way down. The climb down the rocky face was pretty difficult specially for people like us who did not get much chance for any outdoor activity as such. But we managed to safely find our way down to the base of the falls. It was done at times on all fours as we only had the rocky side of the the cliff on one side and the valley on the other.The view from the base was, well, awesome. The water falling from such a great height right in front of us. Its spray being carried towards us by the wind. All this made for one fascinating sight. After some time it started to rain. Now, this was a problem as we had to climb up the cliff which was going to be more diffcult as the path would have become more slippery. But fortunately for us the rain stopped. So, we decided to go back up. The climb up was even more interesting than the downward trip. Firstly, we had to retrace our paths quite a few times as we kept taking the wrong path. Then one of my friends claimed to have seen a snake in a hole between the rocks. But fortunately, the snake if it was there, decided to stay inside its hole and not disturb us. Finally we made our way to the top without any more alarms.

Around 5 in the evening, we started our journey back to the campus. The return journey was filled with all of us sharing our experiences with each other. Returned to the campus quite exhausted. But it had been quite an enjoyable trip.

The Patal Pani trip had been quite an adventure. It was nice to get out of the monotony of the daily life at campus (to be discussed in some other post). It was a great experience where you get to be one with nature. Overall quite a pleasant trip and am looking forward to more such trips in the future.

A candle burning in the night....

Candle: [kan-dl] (noun)
1. a long, usually slender piece of tallow or wax with an embedded wick which is burned to give light.
2. something resembling a candle in appearance or use. 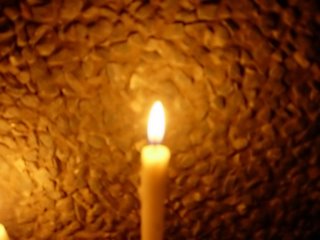 Well, these are two of the definitions for a candle according to dictionary.com. As can be inferred from these two statements, the basic purpose of a candle is to give light. The flame from a candle is very small but its presence removes the darkness. In the modern world with the arrival of electricity, the use of candle as a source of light has decreased. Maybe its no longer relevant for most people. But its still there.The humble candle has made a big journey from a source of light to become a symbol of hope.

A candle burns itself out to provide light to others. The candlelight has become a symbol of hope fighting to give light when there is darkness all around. It is now being used as a symbol of protest, as a symbol of solidarity for a cause. When you light a candle it is a gesture, a gesture of defiance. A single candle cannot fight the darkness alone. But when many are lit together, the darkness is removed.

A single person like a single candle can show us the path. But like many candles burning together, we can and we will make a difference.
Posted by Nishant at 12:53 AM 1 comment: 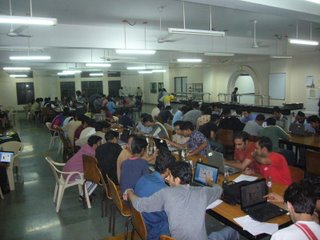 Actually nothing of such sort is taking place. Its just a quiz where you have to identify the logos of various companies. Surprised???

Well, this is what happens when you have too much technology, a liitle bit of time and a certain level of creativity available. Add to that a bunch of people high on enthusiasm.It makes for a real heady mixture.

And this what makes life enjoyable...makes it interesting and breaks the monotony of everyday life.

There are moments when the world changes. There was a dramatic change in my perspective of the world. Life suddenly took a new turn. I was about to leave my existing situation and a new life beckoned me. It was going to be the start of a two year journey. On the completion of which a whole new world was waiting for me. And at that moment the words were ringing in my ears...

The day: 12th April 2006
The results were out. I had got my passport from the life of a field enigineer of an oil company to a student in a B-School. It was going to be a dramatic change. My world had opened up.

And the words were still going on....

Posted by Nishant at 7:02 PM No comments: 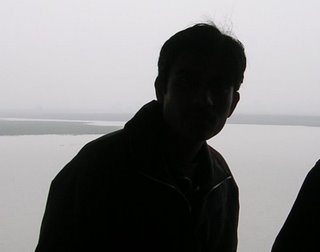 Thats Me
With the mighty Brahmaputra River behind me
Posted by Nishant at 1:27 AM No comments:

Why am I doing this?
Why did I start this blog?
Will anyone ever read this?
Do I really care if anyone reads this at all?
Why do I want to share my thoughts with the world?

The answer to all the above questions...
...simply, I dont know. I am not sure of the answers but it...
maybe I am doing this because its the latest fad.
or maybe I want an outlet for my feelings
or maybe I want another connection with the outside world

Or maybe at 1 A.M on a Saturday (actually Sunday) night I couldnt find anything better to do...so started a blog

Well, with these confused thoughts, I have made a beginning. I do not know where this journey is going to take me. I do not know what the destination is, I dont even know the route. But as its said "A Journey of a Thousand Miles Begins with a Single Step".....This is my first step.
Posted by Nishant at 12:49 AM 4 comments: