It was a regular weekday morning. The getting-to-office rush mode was on. Which usually means a hurried breakfast. Suddenly a movement outside the open window caught the eye. A yellow flower was falling down gently. First thought was it must have dropped off by itself. And then another yellow flower floated down. And then another, and another. So me got up to the window to investigate. The flowers still kept falling at regular intervals. Looking up at the tree managed to find to locate our mysterious flower-picker.

There it was a small parrot, hopping from branch to branch, nipping out one flower after another, taking a bite at its base before moving on to the next one. It was a thoroughly mesmerizing scene as all the office rush was forgotten (albeit momentarily!) while watching the parrot move from one flower to the next. And the ground below was soon littered with discarded flower petals.

The wonders of nature! In all our rushed existence, very seldom do we get a chance to sit back and admire Nature's handiwork. This was one of those moments!

P.S. Managed to get a couple of clicks of this parrot (not too great though).

MovieNotes: The Fate of the Furious 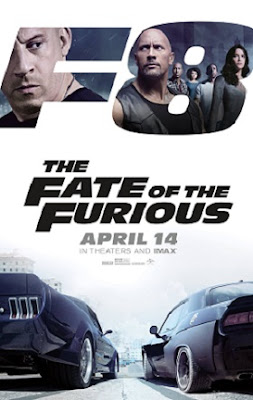 Preamble
Another Movie from the Fast & Furious stable vrooms in. Even though the makers keep saying, they have had their "one last ride".

Basic Premise
Dominic Toretto is blackmailed into turning his back onto his "family" by a cyber-terrorist Cipher. His team tries to figure out a way to get Toretto back as well spoil Cipher's plans. To their aid, comes a former adversary, who has his own axe to grind with Cipher.

MovieNotes
16 years ago, there came a movie about a cop investigating a bunch of drag racers who were involved in stealing electronic items from truckers. And now over eight movies, they are stealing nuclear codes and EMPs and chasing down submarines and fighting cyber-terrorism. Now thats, what you call growth.

Living true to its name, the movie has a lot of furious characters, moving up across continents at a frenetic pace. Action keeps shifting from one location to another. Add a plane which never seems to land anywhere! The fast paced action also ensures that plot-holes are just jumped across. And too many characters from the previous films just manage to conveniently appear at just the right time.

A sequel certainly seems to be in the offing, with the way the lead villain conveniently disappears. Wonder what they will chase next. Maybe a satellite?

With Paul Walker gone, all the talk of family, seems quite forced now. The crew cracking jokes just after close shaves with death just doesn't gel.

Best Performer - Baby Toretto! It takes in a lot of guts to do such intense scenes while ever smiling. And easily outshining the co-stars sharing screen space with them.

Most Outrageous Scene - The Rock pushing away a torpedo with his bare hands while sliding along a car!!!

Best Scene - The Haka performed by the "Red Dragons"

The Quote - "It doesn't matter what is under the hood. It matters who is behind the wheel" - says Dominic Toretto. I guess the likes of Fernando Alonso will certainly disagree !!!

Rating: 7/10. Paisa vasool. But a a bit of a letdown after the emotional ending of Fast & Furious 7. Where the series should have ended. But guess we will go back for Fast & Furious 9!

Previously on MovieNotes - The Boss Baby
Posted by Nishant at 4:25 PM No comments: 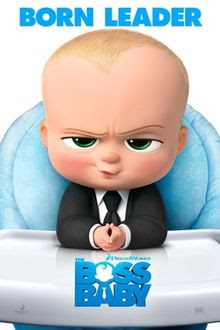 Basic Premise
Tim finds out that his younger brother is much more than just an infant. But is actually an undercover agent from BabyCorp who has come to find out the latest product from PuppyCorp, so that they ensure that puppies do not take up all the love from babies.

MovieNotes
The animated movie is based on a weird premise of an ongoing battle between puppies and babies who are tussling it out for their share of human love. And babies are manufactured in a factory with some of them assigned "management" roles.

The highlight of the movie is Alec Baldwin's corporate speak (pie charts, promotions. memos) while having the physical appearance of a baby. Add Tim's imagination which sets up the brotherly ride.

We have lots of adult references for a cartoon movie. Elvis, Gandalf et al - aren't they too far remove from the target audience. Tim's room has a Gandalf alarm clock. Isn't seven too young for Lord of the Rings?

Finally, the most important question. Tim is shown to have a hyper-active imagination. So, did the entire story play out in his head? A point which could have been elaborated further.

And why does the villain have Trump like hair?

Rating: 7/10. Jokes are funny. Only if they could have fleshed out Tim's imagination a bit more.

Previously on MovieNotes: Logan
Posted by Nishant at 5:52 PM No comments:

BookMarks
This was a box set of the first 3 books of the "Life After War" series, namely


The book begins with America being subject to retaliatory nuclear weapons attack from across the world owing to the actions of a past President. Most of the cities are destroyed and the few left are fighting for their survival. Another cause for fear is the presence of slaver gangs from across the borders. Meanwhile the survivors bundle together under a single leader, who is constantly on the move looking for more survivors to gather in order to rebuild the country.

The story has too many elements mixed up - nuclear attacks and witchcraft both make their presence felt in equal measure. Its an end of world tale with survivors trying their best to live, but it has its plot-lines all mixed up. The picture painted of the post-apocalyptic world is quite grim but let down terribly by the story development. And its easy to mix up many characters who just keep on jumping from nowhere.

Kept reading the e-book just to get through the story, without developing any real interest in its characters! Certainly not looking forward to reading any of the remaining parts.

Previously on BookMarks: A Clash of Kings
Posted by Nishant at 7:30 PM No comments: