Another post from the travel front. This time on India's most popular holiday destination. Goa.

Goa. The first thought which comes to mind is Holiday on the Beach. Had been thinking about making the trip from Mumbai for long, but hadn't been able to. Also had always wondered where exactly people went when they went to Goa. A little "desktop research" and the options presented itself. Transport was through overnight buses to and from Mumbai. And stay was booked in government guesthouse. For a first time visitor the GTDC website would be a good place to get lots of useful information.


Overall, a nice short trip to a place where another one can be planned soon enough. Hopefully 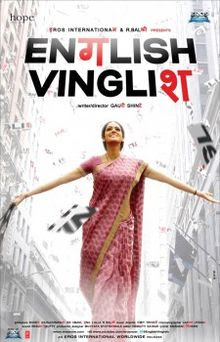 What is it about? - A Hindi schooled housewife's attempts to tackle her poor English language skills

Highlights
A very normal family - Working Husband, School going kids, quite apart in age, and an "entrepreneur" housewife. Basically characters you see around you, could be your next door neighbours.
Conversations done in Hindi & French where the characters' lack of other's language doesn't prevent them understanding each other.
Keeping the melodrama to the minimum.
The music stays in the background and carries the story forward.

Previously on MovieNotes - Barfi
Posted by Nishant at 9:50 PM 6 comments:

Bali - The Arts & Crafts of Tourism

Apart from its natural beauty & resources, Bali is also home to some stunning handicrafts. Beautiful stonework, woodwork, silver-work, paintings was found across the island. And to ensure that tourists carry back the memories and word-of-mouth publicity photography was allowed everywhere. Even inside the workshops of the artisans. Something which Indian Tourism Industry needs to seriously look into. Prohibiting photography doesn't help tourist growth. Anyways I digressed. Here is a pictorial collection of some of the beautiful Balinese work.

So this was it - a pictorial trip to Bali