P.S. waiting for more such interviews.
Posted by Nishant at 10:35 PM 4 comments:

January 27th. Day after the Republic Day. Also a normal Monday (universally agreed as the worst day of the week). Nothing unusual about the day, except for one little thing missing in the morning.

There was no newspaper on account of Republic Day holidays.

Not that the newspaper is of much relevance in this day. Most of the days, it is is just skimmed through. The big headlines (which mostly comprise of tales of political drama / rapes / corruption) are what register while flipping through the content between the ads. Many of the supplements are barely even seen. In fact there are days when the paper goes straight to the trash next day without having been opened at all.

So why do I still have a newspaper subscription?
Do I take it for the news? I already get my fair share of news through the news websites and twitter (which is an excellent medium for breaking news as well as rumours) and television. In fact I read what I want to and the chances of missing news stories is quite low. So the newspaper's main news reporting function is not what I look for.

Do I take it for the editorial views? Well, given that I normally flip through the pages, the editorial is the last section which I will read through. Also I can get multiple views on the same subject better online.

Do I take it for the event listings? Well, smartphones now have an app for just about everything. Special events, sports telecasts, breaking news items, weather alerts, traffic updates, TV listings. And all of these with alerts and alarms set in. So they do a better job than the newspaper.

So why is the newspaper subscription still active?
Mostly it is out of habit. Since I can remember, a newspaper has been reaching the doorstep almost daily (save for the holidays). And I have been hooked on to the newspaper at quite an early age. My initial introduction was to the comic strips, the sports pages and the black and white pictures. The rest of the paper wasn't seen much. As I grew up the interest range increased. I always read the paper back to front (sports news has always been a big priority). In fact still flip through starting from the sports section. Also looked forward to the more colourful supplements which came on the weekends. Had developed a habit of keeping cuttings of interesting facts, pictures, news items (All of which were discarded during major clearing exercises). Eagerly awaited were the special supplements which came out on occasion. Later on also developed a habit of attempting the daily crossword and moved on sudoku. The newspapers used to be quite thin - around 12 pages. But the time devoted in perusing it was a lot. And the day felt incomplete without having read the newspaper. Also nothing improves one's general awareness and vocabulary better than this daily habit.

Guess it is this life-long habit which I still cling on to. Even though now I just glance through the newspaper rather than reading it, and attempting those puzzles is way out of thought, something still seems amiss when the newspaper offices go on leave.

And I guess that feeling of absence vented itself out in this post.
Posted by Nishant at 5:56 PM 1 comment:

Email ThisBlogThis!Share to TwitterShare to FacebookShare to Pinterest
Labels: Newspaper

Preamble
2013 catch-up continues. An F1 fan should have caught this in the theatres but didn't.

Basic Premise
Movie follows the lives of F1 drivers Niki Lauda and James Hunt as they compete for the 1976 Formula 1 Drivers' World Championships.

Movie Notes
Rating - 8/10. A good film but the recommended film on Formula 1 (or any sports) is "Senna"

Posted by Nishant at 2:28 PM No comments: 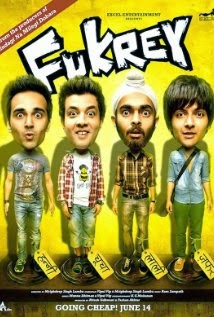 Preamble:
Playing catch-up on the films which should have been watched but couldn't due to varied reasons.

Previously on MovieNotes: Fast & Furious 6
Posted by Nishant at 3:58 PM No comments: 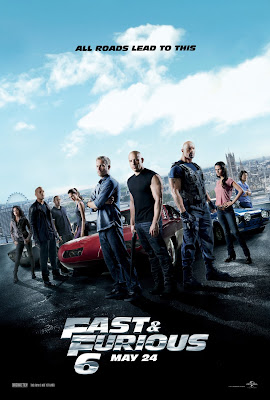 
6th movie in a franchise (although 5th in the chronological order) which began as street car racing and has now evolved into road heists with fast cars playing a major part.
A government agent takes the help of a gang of "good-hearted" criminals, who have outwitted him previously, to counter the evil designs of a bigger villain.

MovieNotes:
And finally, Rest In Peace Paul Walker. There is just too much irony in there. The man shown most committed to family in the movies dies in a car accident. The franchisee and its fans will miss you.

Rating: 7/10 - High on adrenaline. Rest do not really matter.

Previously on MovieNotes: The Lunchbox
Posted by Nishant at 3:20 PM No comments: