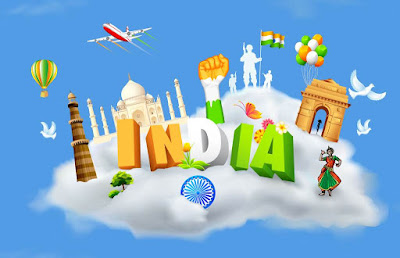 How is the nation doing as a whole? Current mood of the nation seems quite grim, especially if one is in the habit of watching TV news and following social media. Apparently, intolerance has been rising to new Himalayan levels while the nationalistic pitch is reaching the moon and hyperbole on every single topic has piggy-backed to Mars riding the Mars Rover. Meanwhile there are intense debates (mostly hot-air) on freedoms of expression, choice of food etc. And there are new folks demanding different forms of "Azaadi". Oh, and there are intellectuals who are disturbed enough by the goings-on to return their well-earned awards. Where we begin wondering how many awards are given.

The country seems to be in a perennial state of elections. And that means that our elected leaders are in a non-stop campaign mode rather than in actually running the country. Hunger for quick take-over of power has resulted in a couple of states having governments changed and then reinstated via court interventions. In fact, we are seeing too many court interventions, certainly not a healthy sign for any democracy.

Governance of the country is being done through Twitter. While it feels good to see ministers addressing individual grievances, it also shows a lack of proper complaint redressal mechanism in our massive bureaucratic set-up. From missing passports to trains running late, if every complaint requires ministerial intervention, there is something terribly wrong in the system.

Its becoming increasingly difficult to separate the real from the presented news. There is a media version and there are multiple social media versions (depending on the ideology). Not sure which is more dangerous, the message shaped by conventional media (whatever their agenda) or the more extreme one shaped by social media based on one's belief. Add a multitude of whatsapp forwards which are mostly in the nature of garbled version of truth. Why people join online (and in some cases real) lynch mobs  and outrage without doing any basic fact-check is something beyond me. And there seems to be a constant need to fix the narrative has led to history books being re-written.

Meanwhile nature has started fighting back. We have had played enough with nature. It was a year of drought in many parts of the country. And followed by floods all over. Floods in multiple cities (Chennai, Bangalore, Assam, Gurgaon) have shown up the reality of our mismanaged development. World class IT parks surrounded by medieval drainage system, certainly a recipe for disaster. That the monsoon is still the single largest factor in the economic indices in a telling comment on the state of infrastructure development of the country. The sensex maybe growing at a steady rate but it hasn't been able to keep up with the food prices.

Start-ups are the new cool thing in the business domain. Everyone seems to be starting up something or working in a start-up. And there is a whole industry of start-ups. Start-ups seem to mushroom out of nowhwere and many either get absorbed into another company or simply disappear. Anything and everything is coming under the aegis of start-ups. A fellow running multiple blogs is now termed a "serial entrepreneur". Lets see how much longer this cash-burn continues.

On the sporting front, we have sent our biggest contingent to the Olympics, which is a tremendous achievement. But mid-way through the Rio Games, things haven't exactly panned out in our favour. Michael Phelps has now moved ahead of India in the Olympic medal tally. Well, there is always cricket to fall back onto for the Indian fan.

The most tragi-comic news of the year -  ISIS considers its Indian recruits inferior to those form other countries. (Indian Express). Hmmm!

All said and done. things not looking so good. But we are relatively better off given the goings-on in other parts of the world. And one always carries a sense of hope. After all, tomorrow is another day!